Smoke and Mirrors and Wolves and Wall St. and Feet of Iron and Clay

Magazines, Celebrity and Advertising - a toxic blend
in the "Age of AspirationTM".
They've sucked you in and made you believe in a world of smoke and mirrors...and you consume the nonsense and you consume the products and rich get richer...
unless they don't... 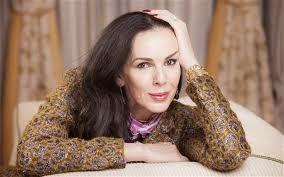 Poor L'Wren. It's not the first time a beautiful, talented person met with a devastating end. What seemed like a perfect existence to many on the outside - wealth, famous friends, luxurious surroundings and the best mode of travel... Might be like the life you want...but it may not be all as it seems on the surface. She killed herself. Because she was in debt.
A life beyond her means, and I don't just mean financial means. She reinvented herself and bought into a lie...that the fashion industry [like so many other creative industries] would reward her, with air kisses and fawning praise and great reviews, but more importantly - with a fabulous income. Not enough. So she killed herself because she wasn’t what she seemed.
Suicide due to embarrassment? L’Wren - isn't your legacy so much WORSE? Every news outlet imaginable picking apart your bones - digging in your trash - interviewing everyone you didn't want to know to truth... Just to find out you're in debt... ? It's SO sad. So many were jealous of your life. But now?
Look, it's not that I am unempathetic. I'm baffled! I think there is a problem in our culture. 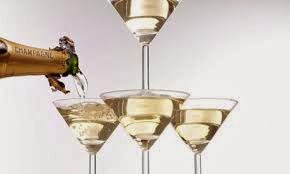 WHY MUST WE ALL BE FILTHY RICH RIGHT NOW?
‘Cause we live in the "Age of AspirationTM".
And the people that are most highly regarded by popular demand appear to be RICH beyond your wildest dreams. Grab your Cristal and take a seat while I snark it out.

I mean, really? What is on the cover of almost any magazine - not including “the one” causing all the controversy right now?

Ugh... photoshopped people doing impossible [for you and me] things - in exotic places - with other beautiful people. Yippee - they’re even losing weight while in the Maldives! 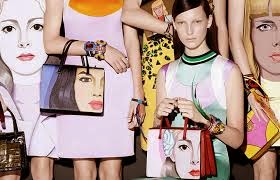 Inside? Photoshopped people in extremely expensive clothing you can't afford...BUT they are holding ASPIRATION pieces that you might... Can't afford the Prada dress? [What, it's not de rigueur for that parent teacher meeting Wednesday night?] Well...maybe you can afford the handbag...no? perhaps the shoes... no? Come on, the bracelet... alright, how about the perfume? NO??? FINE, just rub the sample on your wrist and call it a day.


And while I'm at it...not EVERYTHING can be HAUTE couture [so stop saying it, it means something very specific].

And not EVERY event deserves a carpet...much less a RED ONE. [What, no RED CARPET at The Bachelorette viewing party you're going to in last year’s Chico’s outlet pants and oversized T clutching a container of hummus and a bottle of three-buck-chuck?]


Look at who is being admired!

Yeah, allegedly getting sued by Trump "University" students who said they didn't learn anything.

Far be it from me to name the talentless, vapid brood nestled in Calabasas raking in YOUR MONEY  pause....pause... pause... And FOR WHAT? What are you thinking? ASPIRATION - "if I buy this perfume, or this clothing off the rack at Sears or watch this show or buy this magazine... then surely I'll be her friend? I'll have an out-of-wedlock baby? I'll have a vacation in Mexico? I’ll need another waxing by Thursday?
No. Nothing will happen. Well...they will make more money. And the magazine will buy more photos of them doing “normal” things.
Proud of yourself? 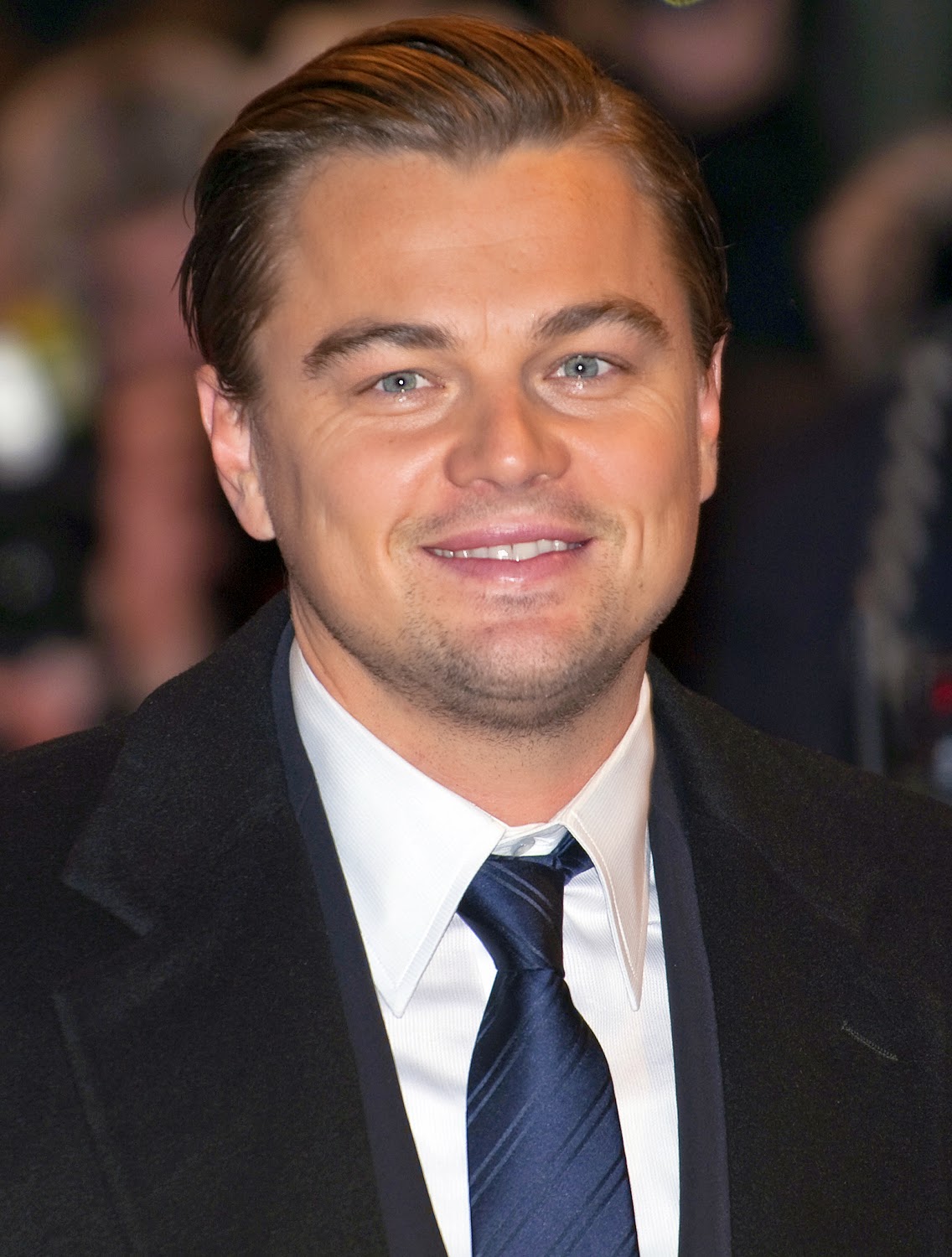 How about a movie [or two] starring Leo DiC that glorifies an outright thief, liar, drug abuser and serial cheat that only glorifies his own low-life self for three hours. So you watch it - no redemption, no remorse, no retribution [well, maybe in one of them, but only by accident]. Real life asshat gets cameo at the end of the other and probably a few mil for the story. Your reward for consuming? ASPIRATION Surely you will get a yacht? a hooker? a trophy wife?
No. Don't think so. But, you probably had a hankerin' for coke [one movie] or ran to Tiffany to buy a piece of jewelry "inspired" by the other movie.

What has our society come to?
IT'S YOUR FAULT! You click on their images, you buy their magazines, their books, their products, you want to look like them, be like them, what's wrong with YOU??? [I mean...what's wrong with you just being you, you're okay the way you are, just ask your dog]

In the "Age of AspirationTM" everyone wants what they can't get or don't deserve.
Who gets MILLIONS OF DOLLARS into debt? - Oh yeah, those people------>

Who has that kind of credit?
I know people that can't afford their MORTGAGE PAYMENT - or their kid's daycare - or their retirement - or a vacation.

And those goofballs you see on TV living a fabulous life? They're getting paid to do that. And getting freebies all the time. Producers are providing plastic surgery for even the most minor characters [think Storage Wars] so they'll look the part - or disguise smoke and mirrors in camo and facial hair. Every clothing, jewelry, accessory manager under the sun is sending them stuff to wear on TV, sending them on trips, shepherding them into their restaurants and clubs... so their lush life is only getting plusher because of your aspirations!

STOP BUYING INTO IT!!!

Silly Rabbits, We've been trixed before.
Why do we admire these people?
All you sports fans who thought - if I buy this glove, this hat, this shirt, these shoes, this bat, this mitt... I'll look like, hit like, run like, Lance or Marion or A-Rod...or so many more...and it was BULL-hockey.

You wanted to make a boat load of moolah so you trusted Bernie who made off with bazillions.

Swaggert'd out of plenty of money... Jim and Tammy'd your prayers for nuthin'. 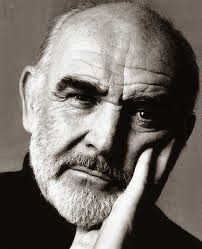 "Culture:" That beautiful young starlet turned forty and now she looks like she was hit straight on by a 40-mile-an-hour hockey puck. Did that aging actor have a screw installed in the back of his head that his doctor turns half a twist every six months? LOOK...WE CAN SEE your plastic surgery...you're not fooling anyone. What animal died on John Travolta’s head? Wouldn't we accept him without hair?
It worked for Sean Connery... and ladies, if you can act...a wrinkle or two isn't gonna keep us from admiring talent.

YOUR IDOLS HAVE FEET OF CLAY!!! 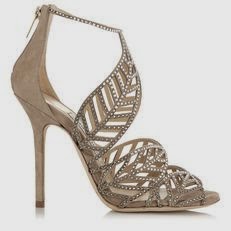 
This "Age of AspirationTM" is crazy! It’s rampant. And believe me, I know it... I’m a JOB CREATOR [if you count me, sole proprietor] who creates a product I want you to buy [consume! consume!] and I’m trying real hard not to sell my soul just so kiddo can finish college or I can take the dachshunds to the vet or... you know, eat. Does that mean I have to get gussied up in a satin prom dress, get extensions, a fake tan and nails, 6 inch heels and fling a gimlet in the nearest “real housewife of Colonial Height’s” eye just because she cut me off in line at Panera? I hope not, because they don’t sell alcohol there. Me, [just like L’Wren was] is hoping talent [and the universe] will allow me to make a living.